what's in a name?

hi every bloggie!
Happy 4th of July! The holiday is finally here! Which means fun balls, cook outs, swimming, and Frankie Furter's Name Game. What's in a name.. Je m'appelle Norwood- C'est moi! How did I get my name?
Guess #1- Many people think I'm from the town of Norwood Massachusetts. It's a lovely town that sits a bit southwest of Boston and named after a community Norwood, England. I personally think I should be elected town mayor to represent the town as only a Norwood could.

Guess #2- I was named after the infamous Buffalo Bill's kicker Scott Norwood.
You see, Super Bowl XXV would cement Norwood's name in football history when he missed a 47-yard field goal attempt at the end of the game, giving the New York Giants the victory. ABC sportscaster Al Michaels had the call: "No good! Wide right!" as the Giants poured Gatorade over head coach Bill Parcells' head.
It's been the missed kick of the century and Scott Norwood had to go underground for awhile. Man.. I'd hate to be that dude.. oh maybe that warrants a name change.
Guess#3- My great grandfather was an astounding cardiologist Dr. Norwood

He developed the NORWOOD procedure to help babies born with hypoplastic left heart syndrome. I most definitely am proud to carry on his name. See this amazing re-plumbing of the heart.. smart grampy. 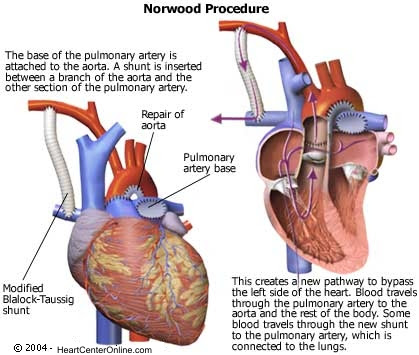 Okay okay.. those are all good guesses but to tell you the truth, my story is quite boring. The good rescuers at PAWS New England Rescue and the folks in Tennessee where I was found, named me Norwood.
See look at me.. don't I look like a Norwood? So the name stuck. Voila! Je m'appelle Norwood. 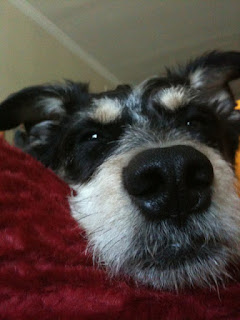 Nicknames: Norweed, Nordude, goofball, mr. bizerko, norwood pie and beep beep. (that's an entire different post to explain)
Okay.. that's all! Thanks Frankie Furter for hosting this wonderful bloggie event! And I shall leave you with a Fourth of July celebratory firework display. Don't worry! This one is boom free!

"No Matter how little money and how few possessions you own, having a dog makes you rich." - Louis Sabin 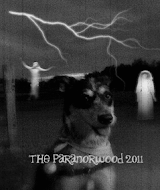 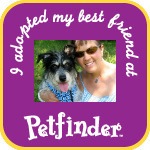 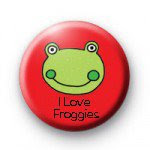